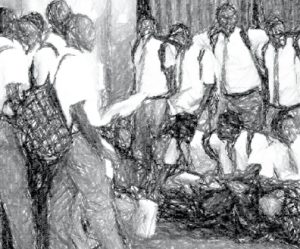 The Wei LAB committed to a social innovation agenda to address community-based challenges by establishing partnerships with local, state, national, and global entities committed to eradicating educational and workforce inequities. We invite policymakers, practitioners, and concerned citizens to follow us on Facebook (Wei LAB) and to use this portal to find and identify available expertise on particular topics of interest, and to engage in dialogue to strengthen our efforts and inform our results seen across Wisconsin and the world.

Wisconsin routinely ranks worst nationally with regards to social, economic, educational and health disparities. These disparities are especially apparent amongst Wisconsin’s African American children, families and communities. Longstanding efforts to address the social, political and economic complexities at the root of these disparities have been fragmented and piecemeal, unable to build and sustain longitudinal agendas that serve and support African American children, youth, adults and seniors. During an interview with the Capital Times in 2013, Reverend Dr. Alex Gee laid out a holistic agenda to better coordinate community-wide efforts. This new initiative, Justified Anger (JA), which includes an advisory board and five focus area working groups, seeks to strategically narrow racial disparities in the City of Madison in the areas of: (1) Education, (2) Incarceration, (3) Economic Development, (4) Family & Community Wellness, and (5) Leadership & Capacity Development.

Key priorities and empirically-informed strategies have been developed in each focus area to ultimately empower African Americans in Madison, Dane County, and beyond. In so doing, JA promotes an agenda that supports safe communities, educational achievement, economic development, workforce advancement, and broader renewal. In late May, the first phase of JA culminated with the presentation of the group’s framework for change, “Our Madison Plan,” to more than 700 community members. This vision includes historical analysis, policy reviews, and a conceptual strategy that can mobilize Madison around a shared agenda that addresses the unmet needs of African Americans across Greater Madison. At present, JA is preparing to assist community-based partners in executing a long-term strategy that expands opportunities, identifies resources, and establishes and renews relationships between citizens, policymakers, and leaders across the state. JA will move Madison from “worst to first” by building social capital through innovative interactions and collaborative approaches to drive systemic change. 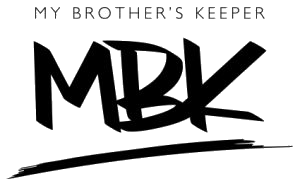 Since President Barack Obama announced MBK in February of 2014 more than 200 mayors, tribal leaders, and community leaders have accepted the call to action to advance opportunities for all children, particularly young boys and men of color. This initiative, strengthened by partnerships and collaborations, incorporates a “cradle-to-college-to-career” approach to ensure all children:

In September 2014, on behalf of the city of Madison, we accepted President Barack Obama’s My Brother’s Keeper (MBK) Community Challenge. The initiative seeks to address persistent opportunity gaps faced by boys and young men of color to ensure that all young people can reach their full potential.

The six focus areas of the My Brother’s Keeper Challenge are:

The MBK challenge directs cities to focus their efforts on two of the six goals. In January 2015, the City of Madison and community partners gave boys and young men of color the opportunity to select the areas of focus themselves. The City of Madison, with support from the United Way of Dane County, conducted surveys of boys and young men of color ages 11 to 25. In addition to prioritizing the six focus areas, youth were asked firsthand about their experiences and personal goals, as well as their needs and barriers to success.

Over 200 youth completed the survey, offering great insight into the areas where our Madison community could use improvement. The survey respondents, Madison’s youth and young men, shared thought-provoking ideas and even some of their own policy recommendations. Using this informative survey as a guide, the Madison MBK working groups has identified our primary focus areas:

This effort will only be successful with the full and enthusiastic support of community partners. Therefore, these recommendations are offered by the Madison MBK working group to the community of Madison, Wisconsin, recognizing that this is a living document and will require regular evaluation, critique, and redevelopment by parents, educators, researchers, community organizers, faith leaders, scientists, students, artists, peace officers, doctors, elected officials, social workers, and others. The only fixed portion of this report is the commitment by the City of Madison to improve opportunities for boys and young men of color. The pathway to achieving our goals starts with developing solutions together. The [Policy Review and Recommendations for Action] are intended to spur conversation and help strengthen the community focus on initiatives that address persistent disparities; they are not set in stone.

Now, with the support of the Madison Metropolitan School District, the Madison Police Department, the Madison Municipal Court, the Dane County Sherriff’s Office, the University of Wisconsin-Madison, and our community partners, we offer these policy proposals to help meet the goals of our boys and young men of color. We hope that you will join us as we seek to build opportunities for all of Madison’s young people. 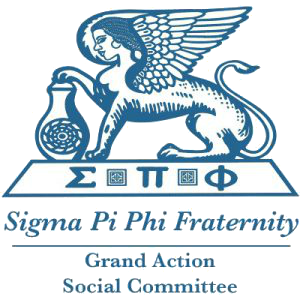 “[b]ecause of the critical nature of American and world society at [the] time, which seemingly will continue for the foreseeable future, the membership of Sigma Pi Phi, both as individuals and as an organization, must use the intelligence, training, position of leadership, and all the powers at its command to influence change for the better. (Reed, 2015, p. 391)”

Sigma Pi Phi Fraternity is best known as the Boulé, a Greek term meaning “council of noblemen.” Founded in 1904, Sigma Pi Phi is the oldest Greek-letter organization comprised primarily of African American men. The Boulé has approximately 4,000 members throughout the world. Its membership consists of some of the most accomplished, affluent and influential men—leaders who are making lasting contributions to their communities, our society, and the world.

Menu
COOKIE NOTICE. We use cookies on this site to enhance your experience and improve our marketing efforts. By continuing to browse without changing your browser settings to block or delete cookies, you agree to the storing of cookies and related technologies on your device. UW-Madison Privacy NoticeGOT IT!

This website uses cookies to improve your experience while you navigate through the website. Out of these cookies, the cookies that are categorized as necessary are stored on your browser as they are essential for the working of basic functionalities of the website. We also use third-party cookies that help us analyze and understand how you use this website. These cookies will be stored in your browser only with your consent. You also have the option to opt-out of these cookies. But opting out of some of these cookies may have an effect on your browsing experience.
Necessary Always Enabled
Necessary cookies are absolutely essential for the website to function properly. This category only includes cookies that ensures basic functionalities and security features of the website. These cookies do not store any personal information.
Non-necessary
Any cookies that may not be particularly necessary for the website to function and is used specifically to collect user personal data via analytics, ads, other embedded contents are termed as non-necessary cookies. It is mandatory to procure user consent prior to running these cookies on your website.
SAVE & ACCEPT