Wei LAB Director and Chief Research Scientist Dr. Jerlando F. L. Jackson spoke during the final session of the public Black Minds Matter online course. Throughout the eight-part webinar series, Black Minds Matter covered the experiences and realities of Black males in education, connecting the Black Lives Matter movement and the ways that Black minds are engaged in the classroom.

Dr. Jackson was joined by Dr. Ivory Toldson from Howard University, Vanessa McCullers from Moms of Black Boys United, and Dr. Robert Simmons III from Campaign for Black Male Achievement. To learn more about the course, click here. You can also connect with Dr. J. Luke Wood, creator of the course, on Facebook here.

The Wei LAB and the Todd Anthony Bell National Resource Center on the African American Male at The Ohio State University announced that the 6th Annual International Colloquium on Black Males in Education (ICBME) will be held in Toronto, Canada on October 4-6, 2017. The event will be preceded by the Pre-Colloquium on October 2-3, 2017.

Toronto, named as the world’s most diverse city in a recent BBC study, provides a unique opportunity to explore issues related to equity and inclusion for Black men, not just in the city, but around the world.

“We are excited to engage in critical exchanges that positively impact the educational outcomes of Black males in Toronto, our neighbor to the north,” said Dr. LaVar J. Charleston, Colloquium Planning Committee member and Director of the Graduate School Academy. “As a city widely celebrated for its diversity, Toronto is an ideal location to share meaningful, asset-based approaches to the holistic development of Black males around the globe.”

Since 2012, the first convening of the Colloquium, ICBME has allowed researchers, practitioners, policymakers, students, and concerned citizens to come together for careful discussions on the key issues facing Black boys and men in education. Previous meetings were held in the United Kingdom, U.S. Virgin Islands, the United States, Jamaica, and Bermuda. Over the last five years, the Colloquium has grown from an intimate congregation of scholars and practitioners into a weeklong affair offering a wide range of events suited for a variety of participants interested in the education of Black males.

“With a focus to be more than just a research-oriented event, the Colloquium has expanded its Pre-Colloquium offerings with the intent to have a lasting impact on the host city,” said Christopher Moss, Coordinator of the Colloquium. “In Bermuda last year, Pre-Colloquium events, such as the Colloquium Conversations for parents and educators, and the College and Graduate School Academies for high school and undergraduate students, drew more than 300 Bermudian participants. This demonstrates the Colloquium has flourished into not only a significant academic assembly, but also a large-scale community-focused gathering that involves more than 500 people on both a local and international level which will directly impact the citizens of the greater Toronto area, as well as other parts of Canada and the world.”

The book highlights how student affairs have changed in response to student diversity on higher education campuses. It also honors the career and life of Dr. Melvin C. Terrell, a key figure and advocate for equity in the student affairs profession.

The book opens with a discussion on the history of student affairs, including a focus on African American contributions to the field and the role of diversity from a historical perspective. The book then transitions to current issues that impact students, such as the benefits of extracurricular activities, leadership involvement, and study-abroad opportunities for racially and ethnically marginalized students.

Other topics covered in the book include a discussion on programs and initiatives on college campuses that address diversity within student affairs, as well as professional and personal development opportunities beyond the university.

Advancing Equity and Diversity in Student Affairs can be ordered online here.

Dr. Jackson’s keynote address was on the first day of the conference, alongside Vice President of Research of Student Veterans of America Dr. Chris Cate, at the opening reception framed around the theme “Driving Change Through Data.” The opening reception focused on explaining how to use databases to inform and assist with decision-making processes, as well as methods and tools that can be used to measure the success of these programs. Dr. Jackson’s address was entitled “Responding to the National Mandate to Diversify the Scientific Workforce: A Decade of Research on African Americans in Computing.”

The conference was funded by the National Science Foundation (NSF) Inclusion across the Nation of Communities of Learners of Underrepresented Discovers in Engineering and Science (INCLUDES) awards. The event was conducted in collaboration with the University of Missouri-Kansas City (UMKC) Institute for Human Development and UMKC School of Computing and Engineering, a recipient of an INCLUDES grant.

NSF INCLUDES is an initiative that works to broaden the participation of minority students in STEM (science, technology, engineering and mathematics) fields. Thirty-seven projects were selected to receive an INCLUDES grant, including one that was awarded to Wei LAB staff members.

The workshop featured opportunities for the grantees to share their proposals and receive peer and expert feedback, as well as learn more on how to design backbone functions for their projects and move forward in their research endeavors.

The training workshop was aimed at NSF INCLUDES Launch Pilot grantees. Dr. Jackson serves as Co-PI for one of these grants, awarded in September for a project titled “The Consortium of Minority Doctoral Scholars (CDMS).” Dr. Jackson also serves as the Vilas Distinguished Professor of Higher Education in the Department of Educational Leadership and Policy Analysis at the University of Wisconsin-Madison.

The goal of the project is to broaden the participation of minorities in the STEM fields.

The INCLUDES CMDS Project focuses on researching mentoring strategies used to address recruitment and retention concerns with women and ethnic minority populations, specifically for African Americans and Latinas pursuing doctoral degrees in STEM. Data was collected from in-person interviews to understand the mechanisms that non-traditional mentoring programs, like McKnight, use in order to support minority students. The McKnight Doctoral Fellowship Program was one of three programs that will be used to collect data for this project. The other two programs are the Southern Regional Education Board (SREB) and the National GEM Consortium.

The purpose of this research is to understand the collective impact of McKnight, SREB, and the National GEM Consortium on minority doctoral students. The project aims to better understand the experiences related to participation and to identify successful mentoring strategies that can be used to increase the number of minority Engineering and Computer & Information Sciences students who go on to obtain a PhD and research and faculty positions.

“With national mandates to broaden participation in STEM, particularly at the doctoral and faculty levels, we have the opportunity to glean critical attributes of these interventions that have a proven track record of success. The implications of this work may have broader impacts to institutions around the country aiming to diversify their scientific faculty,” Dr. Charleston said.

The McKnight Mid-Year Annual Research and Writing Conference was developed for the McKnight Doctoral Fellowship Program and provides opportunities for its fellows to present research and receive professional advice, as well as collaborate with peers and receive assistance on exam preparation and dissertation proposals. The McKnight Doctoral Fellowship Program is part of the Florida Education Fund (FEF), a non-profit corporation established in 1984.

To learn more about the McKnight Fellowship program, click here.

Dr. Jackson led a session titled “Honoring the Legacy of a Former NASAP President and Student Affairs Stalwart: A Tribute to the Career of Dr. Melvin C. Terrell” along with Fred Bonner from Prairie A&M University, D. Jason DeSousa of Morgan State University, Sharon Holmes of Binghamton University, and Lemuel Watson of the University of South Carolina.

The session honored the work and accomplishments of former NASAP President and Editor of the NASAP Journal, Dr. Melvin C. Terrell. The presenters all co-wrote the book Advancing Equity and Diversity in Student Affairs: The Applied Scholarship of Melvin C. Terrell.

For more information on the NASAP Conference, click here.

Participants in the course learned the fundamentals of developing a research career focused on African American populations in education. They also had the chance to work directly with researchers on questions and methods to guide their research studies. The course included sessions on manuscript development and research design techniques.

Dr. Jackson commented, “I am honored to have answered the call 10 years ago from Senior African American scholars in education that felt an initiative was needed to support graduate students and early career scholars who want to focus their research on the experiences of African Americans in education.”

The course is sponsored by the Wei LAB, Urban Education Collaborative, Bell National Resource Center on the African American Male, and the Quality Education for Minorities (QEM) Network.

To learn more about the program, click here.
For further questions, please email us. 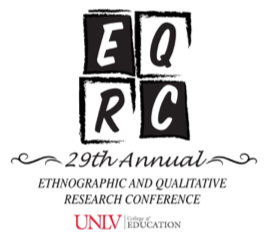 Their research focuses on how Black male student-athletes form their identities and how the development of their academic identity is influenced by media messages. Data was collected through focus groups and one-on-one interviews with Black male student-athletes at a Midwestern NCAA Division I institution. The study highlighted that students make conscious efforts to combat media stereotypes by succeeding academically and socially; areas that are both outside of athletics.

Their research examined the Beyond the Game™ (BTG) initiative designed by the Wei LAB. The project addressed concerns and challenges that Black student-athletes face, and how to promote academic and social success for these students. This year marked the third annual Black Student-Athlete Summit. Hosted by the Division of Diversity and Community Engagement at the University of Texas at Austin, the annual summit brings together scholars, athletic directors, coaches, academic advisors, and professional and student-athletes to discuss critical issues surrounding Black student-athletes.

Previous conferences have focused on varied challenges and opportunities that Black student-athletes face both inside and outside the classroom. Last year’s conference was titled “Success Both On and Off the Field.”

The Wei LAB served as a sponsor for this year’s event.

More information on the Black Student-Athlete Summit can be found here.

Menu
COOKIE NOTICE. We use cookies on this site to enhance your experience and improve our marketing efforts. By continuing to browse without changing your browser settings to block or delete cookies, you agree to the storing of cookies and related technologies on your device. UW-Madison Privacy NoticeGOT IT!

This website uses cookies to improve your experience while you navigate through the website. Out of these cookies, the cookies that are categorized as necessary are stored on your browser as they are essential for the working of basic functionalities of the website. We also use third-party cookies that help us analyze and understand how you use this website. These cookies will be stored in your browser only with your consent. You also have the option to opt-out of these cookies. But opting out of some of these cookies may have an effect on your browsing experience.
Necessary Always Enabled
Necessary cookies are absolutely essential for the website to function properly. This category only includes cookies that ensures basic functionalities and security features of the website. These cookies do not store any personal information.
Non-necessary
Any cookies that may not be particularly necessary for the website to function and is used specifically to collect user personal data via analytics, ads, other embedded contents are termed as non-necessary cookies. It is mandatory to procure user consent prior to running these cookies on your website.
SAVE & ACCEPT